This Memorial and permanent Monument of Cherished Mother and Child was Officially unveiled by The Hon Darren Chester MP Federal Member of Gippsland. On Behalf MOTHERHOOD. Cr Carolyn Crossley, The Mayor of Wellington, and Wellington Shire Council and 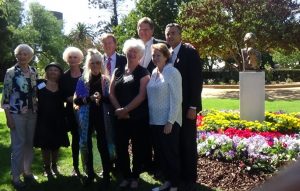 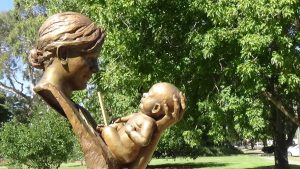