MICHAEL BRISSENDEN: Mothers affected by the forced adoption policies of 1960s and 70s 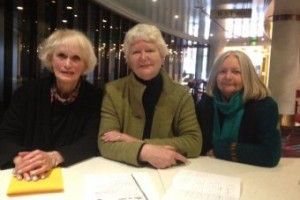 are calling for an investigation into the medical profession and what they say were illegal and heinous practices.

Individual states apologised ahead of Julia Gillard’s national apology in 2013 but mothers are angry that since then there’s been silence.

They say a Royal Commission or a civil class action is needed.

RACHAEL BROWN: History records it as forced adoption. Affected mothers say it was nothing short of abduction.

JUNE SMITH: A nun came out and she grabbed him from my arms and ran away, and I’m running behind her going, “No, no, no,” and another nun pushed me in a seat and was throwing paper after paper: “Sign here, sign here”.

I don’t even know what I signed and the last thing I remember – I don’t remember getting home – was going into their chapel and throwing myself on the floor and asking God, who I no longer believe in, give me back my baby.

Listen to the interview here…